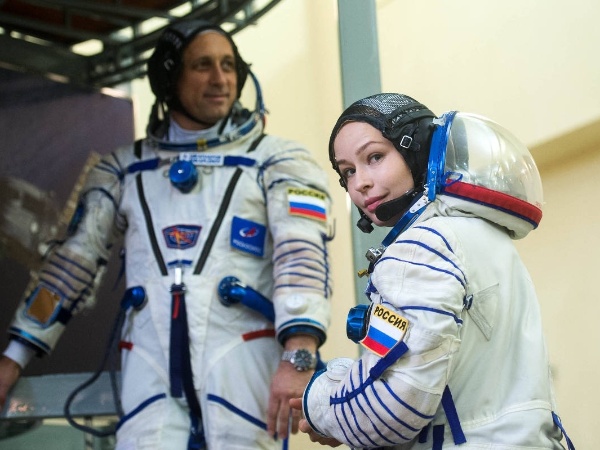 While the first 100% civil tourism mission orbits the Earth, the first cinematographic space mission, to be Russian, is set to take off next month.

The team, made up of two cosmonauts —who will appear in the film—, the project’s director (and actor) and an actress, should leave, on October 5, on the Soyuz MS-19 spacecraft, bound for the International Space Station. That’s where the filming will take place, which should last 12 days.

“This movie is built around the story of an ordinary person, a doctor who had nothing to do with space exploration and never thought about it. He gets an invitation to travel to the Space Station and save a cosmonaut’s life.” , director and actor Klim Shipenko told a news conference before heading to the Baikonur cosmodrome, a rocket launching base in Kazakhstan.

Yulia Peresild, the film’s lead actress, said she learned how to be her own makeup artist and costume designer. She says that she had problems getting makeup that fit the strict criteria necessary for going into space, such as not having glass and being all made of a specific type of plastic.

“The seller didn’t understand what I wanted, and I told her I was preparing a kit to go into space,” he said, laughing.

Fear is something that, at least for the moment, does not cross the actress’s mind.

“It’s a little late to be afraid, because we’ve come so far. There’s Baikonur ahead and many things [para fazer] and, to be honest, there’s just no time for fear,” said the Russian actress. “If you’re afraid of wolves, you shouldn’t go into the woods.”

Director Shipenko joked that he already has his eye on the Space Station’s menu. “Much more varied than a restaurant,” he says, with Russian and Caucasian dishes, as well as the traditional Ukrainian beet soup, “borsch”, very common in Eastern Europe.